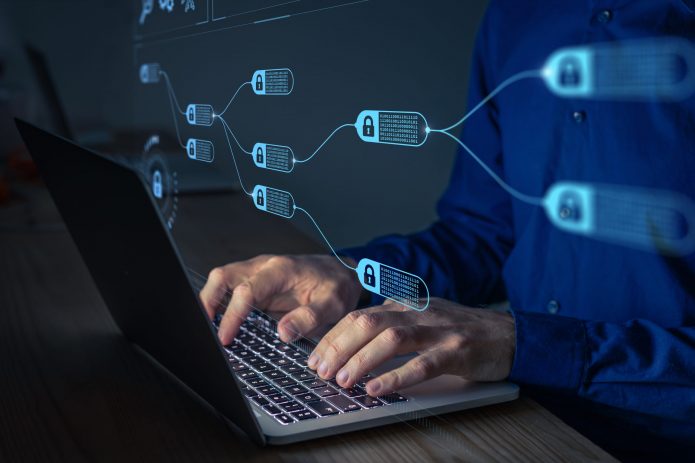 Blockchain In Web Development – A Guide On Becoming a Blockchain Developer

Blockchain technology helps businesses survive the competition in the digital world. In the beginning, the purpose of this technology was to handle the Bitcoin exchange with ease.  Now, Blockchain in web development improves functionality and safety. This is leading to an upsurge in demand to utilize the technology in many departments and industries.

According to stats, 81 million people used blockchain wallets to save their cryptocurrencies. This is the most recent number from which you can foresee the growth of Blockchain. It is always a good idea to go for a career set to discover new heights of success. In Blockchain development, technology helped this platform grow and evolve. Therefore, if you are planning to become a Blockchain developer, you will have numerous opportunities in the future.

People are optimistic about the upcoming years of Blockchain. Because of that, learning how to use Blockchain in web development is a great option. Scroll down to get to know about this interesting career choice.

What Does it Take to Get into Blockchain in Web Development?

Below are the two subcategories of Blockchain development are:

The Core Blockchain developers lay the foundation that the Blockchain Software Developers use. Their role is to generate apps, precisely the web varieties, and Dapps. Decentralized applications aim to operate on the Blockchain.

What Do Employers Expect From the Developers?

Nevertheless, in some cases, one developer takes care of both responsibilities. For instance, startups and new organizations looking for developers who can manage both categories. Learning both types of blockchain developer skills is like adding another feather to your cap.

To put it simply, the job description when you shift from being a web developer to a blockchain developer becomes:

Problems You Can Solve With Blockchain Development

Blockchain in web development is all about creating unique solutions. These solutions target various issues like command and control and high integrity. The developer works for the analysis, development, implementation, and troubleshooting of computer software. This is usually for unique product hardware or technical service business operations.

A developer conducts activities like controlling architecture implementation, and computer system procurement. Ultimately, they work with a variety of systems. Because of that, they should excel in using a range of platforms and computer languages.

In the web development world, new hurdles are often faced by the Blockchain developer. For example, the developer should operate on a preexisting that has its restrictions. By keeping these factors in mind, they have to satisfy the needs of a client.

Moreover, people face difficulties regarding the technical feasibility of setting up decentralized cryptosystems. Such issues are not the forte of a typical IT development personnel. That is when you need expert services from a Blockchain developer.

There are instances when you can’t do it by yourself. Then, you can hire a web development company in the USA to save the day.

Prepare Yourself to Become a Blockchain Developer

However, it’s precisely the hacker mentality that helps make good Blockchain developers. Hackers go beyond the rules of typical solutions and come up with ideas to crack a problem.

In addition to that, a professional Blockchain developer knows how to run a team. They work collaboratively with all the departments for the advantage of the organization. In many cases, the developer might not be able to find a solution. When stuck in situations, developers can talk to the team to get opinions and ideas.

How to Enter Blockchain Development?

If you aspire to become a Blockchain developer but don’t have the relevant skills for it, you need to learn it. Different institutions teach people everything from scratch. If you have no clue about how people use programming, you can still learn it with dedication.

To step into Blockchain in web development, you need to get the know-how of Solidity Code. This is the code that comes in handy for writing smart contracts. Also, it helps you move in the right direction to excel in Blockchain development. Having said that, learning these skills doesn’t have to be boring. Many courses have customized the process to help you learn easily and excitingly.

How did Blockchain Emerge as a Popular Platform?

Blockchain and Bitcoin have quite a similar story. Bitcoin is the reason that compelled the makers to create a platform like Blockchain in the first place. Hence, we can say that there is an interconnection between these two. To provide ease in the transaction of Bitcoin, developers came up with Blockchain. It reduces the costs for companies because of the transaction efficiencies it provides.

So, if you want to thrive as a Blockchain developer, you need ample knowledge of Bitcoin.

To get the latest update on Bitcoin, you have multiple forums on the internet. To get the most recent updates on Blockchain news, there are certain methods. For instance, you can check out CoinDesk or watch videos made on such topics. You can research these topics to use them for your benefit. To sell your service as a developer, you can take a glance at the digital trends for B2B.

Grip Over the Popular Programming Languages

When we talk about great Blockchain developers, there is one thing in common. That is, they are capable of working with several programming languages. For example, developers use C++, SQL, JavaScript, and Python frequently in this field. If you are a beginner at any one of them, work on polishing them first. If you want to upgrade your CV by adding your skills in these languages, going to an accredited training center is the best choice.

How to Switch to a Blockchain Developer from an Another Career?

People with the following careers can easily shift to Blockchain development:

As these professions are similar, there won’t be a need to learn from the start. By only upskilling, these individuals will be able to handle advanced technology.

If you are a part of a startup, you will use data science in marketing, and Blockchain in web development. This will help you drive the company’s growth. It also facilitates manual tasks by collecting and modifying data. So if the company wants you to upskill, you should go for it. Because for a web developer shifting to Blockchain development won’t be challenging. Additionally, it will provide better opportunities in the long run.