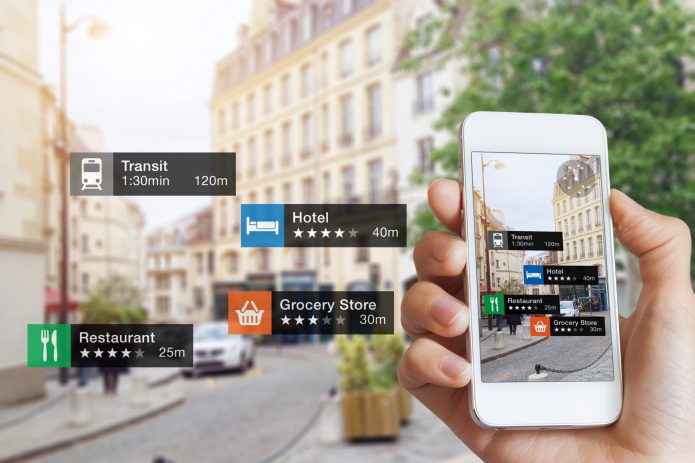 With the immensely increasing rate of technology, consider yourself standing in your room and virtually placing furniture through scanning your room to check whether the piece gets fit in or not without the hassle of physically buying it. In a world of Snapchat’s virtual filters, it is easy to understand what AR (Augmented Reality) is.

Keep scrolling to get insights into what the AR Zone app features.

What Is AR (Augmented Reality)?

Before starting to learn more about AR Zone App, you need to understand the features AR Zone App possesses. AR Zone App is a designed application for smartphone cameras that will be utilizing Augmented Reality features.

Do you remember the famous mobile app game from 2016 named Pokémon Go? The game hooked a lot of audiences towards it. In this game the players were expected to catch the Pokémon from the live world, you may find them standing on your house street or in your kitchen.

Let’s hear some examples of AR in our personal and professional lives.

In simple words, augmented reality is the future. The world is going to experience a lot of normal life chores happening through AR.

Now the question arises, what exactly is AR Zone App and how is this beneficial for businesses.

What Is AR Zone App?

AR Zone is a free app that is available on Samsung and Galaxy Users – Android 10.

You must have tried the Snapchat filters in which you can create an avatar in the live world virtually. Well, Samsung is introducing AR Zone App as a built-in app in their latest android smartphones that will allow the user to incorporate (Augmented Reality) features like avatars, doodles, 3D objects and while capturing live photos and videos.

AR Zone App is somewhat similar to the features Snapchat has but it is a pre-installed camera application that holds advanced AR features. It allows the user to virtually connect with the real world, they can try their outfits on while recording a video and can create avatars of real-life characters.

AR Zone App and its Functionality

AR Zone App holds Augmented Reality features and it is used to create 3D versions of characters and objects lying around us in real life. The main fact about the app is that you can create transformations and filters while making a video, unlike other apps that only allow you to edit after recording. The app offers more than just transitions, you can add doodles and animated texts to your photos and videos to create an aesthetic in your videos, or you can add background to your pictures and videos. Adding background can help you to create an ambiance in virtual meetings on zoom.

Creating Bitmoji is very easy with AR Zone App. You are not supposed to download a separate application for it. You can have your Bitmoji in your chat application.

Let’s discuss all the features in detail.

AR emoji Camera: you can create a cartoon emoji of yourself through the app that will be alive when you record a video. You can make an emoji sticker as well through your emoji camera that you can later use in your chats.

AR Emoji Stickers: once you create your emoji character you can save it and use it in your chats through AR Zone App.

Emoji Studio: Emoji studio holds all your emoji stickers and characters that you can customize later according to your desire.

Doodling: everyone loves doodling. There was a doodling feature in Samsung already but now it gives you an experience of creating doodling out of your handwriting with the Samsung AR Zone App. You will see an immense change in your art skills yourself.

Deco Pic App: this app allows the user to seize the photos with emoji stickers.

Quick Measure: another feature is the measuring app that helps you to measure any size and distance virtually.

AR Zone App will be playing an important role in the industry. According to Statista, 2021 will be the year where around 800 users will be utilizing AR features and the figure will hit 1.73 billion in 2024.

In this world, people are obsessing over anything that provides entertainment and Samsung is delivering entertainment on the go through the AR App. Users can create a lot of fun animated videos and pictures and the 3D background feature is everyone’s favorite.

Many AR featured apps are there on Google Play and Apple Store but the majority of them are games. Other apps have glimpses of AR in the features but they do not sell it as their core feature.

Appreneurs who want to score a high deal can create many creative apps through AR features and can hit the business market.

Augmented Reality is going to serve a lot of apps in the future that you may use in your everyday routine.

If you eagerly want to lead in this market and if you have the potential you should tap into the AR market.